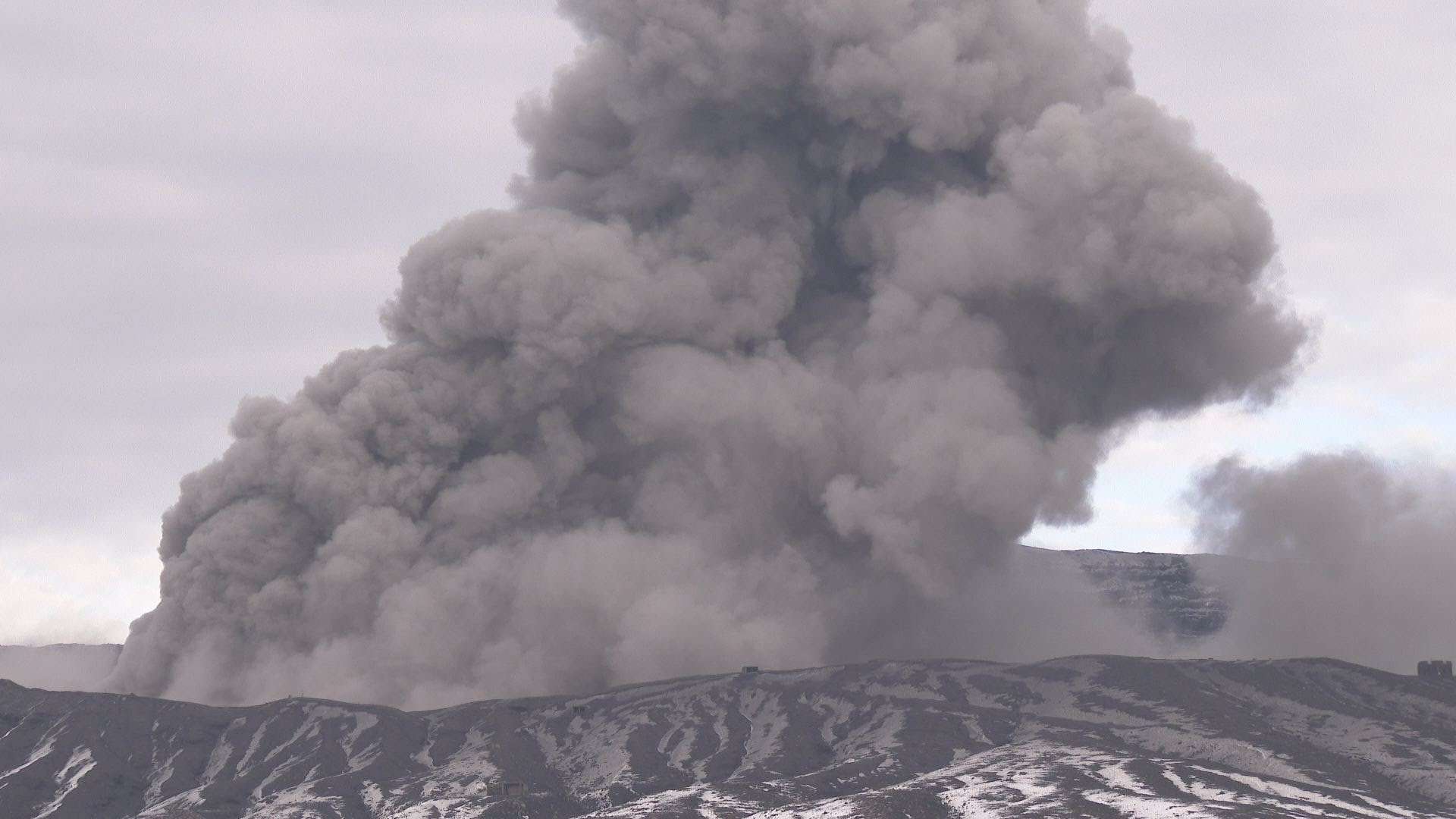 Black smoke continues to flow from Kelawia volcano in Hawaii

Authorities in the US state of Hawaii have announced a growing flow of lava from new ground cracks surrounding the volcano of Kelawia volcano after a limited explosion at the volcano's peak.

According to the state authorities, according to the channel (Al hurra ) news that the number of ground cracks raised to 22 cracks on the eastern side of the foot of the volcano, adding that the leakage of water from the ocean to the cracks of magma led to the explosion of pockets of steam filled with sulfur gas near the town of Baho.

This volcano erupted Two days ago and sent a cloud of ashes thousands of meters high in the air.

The US Geological Survey said on Twitter that a eruption accompanied by an explosion at the Kelawia volcano in Hawaii on Thursday sent a cloud of ash up thousands of meters into the air, and the huge explosion caused by the vapors is expected to throw large quantities of volcanic ash And smoke from the Kelawia nozzle over the Greater Hawaiian Island.

The massive blast caused by the vapors is expected to throw large amounts of volcanic ash and smoke from the Kelawia crater over the Greater Hawaiian Island.

The volcano eruption destroyed 37 houses and other facilities in a small area in the southeast of the island and forced some 2,000 people to evacuate their homes.