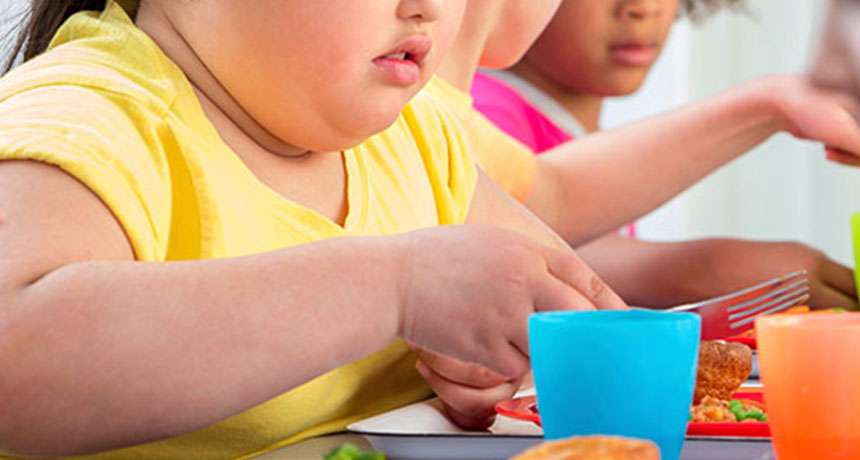 A New Study Warns from Obesity in 8 Years Old Kids

Childhood obesity is a major problem that causes serious psychological and physical harm to the child.

It is a problem that can't be condoned but must be confronted and tried to solve.

A child is obese if they weigh 20% more than normal weight.

To determine if the child is obese or not, it should be by the doctor, as some mothers may not pay attention to the obesity of their children and consider that the weight is normal.

Therefore, the development of the child during the various stages of his life must be followed with his doctor.

The health damage that can be caused by obesity in children, the increased risk of respiratory diseases, diabetes, high blood pressure, increased cholesterol  ,heart disease and liver disease.

As for the psychological damage is summarized in the feeling of the child embarrassed among his colleagues of different body shape with the inability to move actively like peers, and may be disturbed the behavior of the child and lower the level of study as a result.

There are several reasons that may lead to obesity in children and the most famous of these reasons:

·         Give the child foods with milk during the lactation period.

·         Neglecting breakfast, which inhibits the metabolism of the child.

·         The mother has a lot of pressure on her child to eat a lot of food while eating foods high in calories.

·         Sit for long periods of time without movement in front of the television and computers.

There are also many pathological causes that may cause obesity in children: